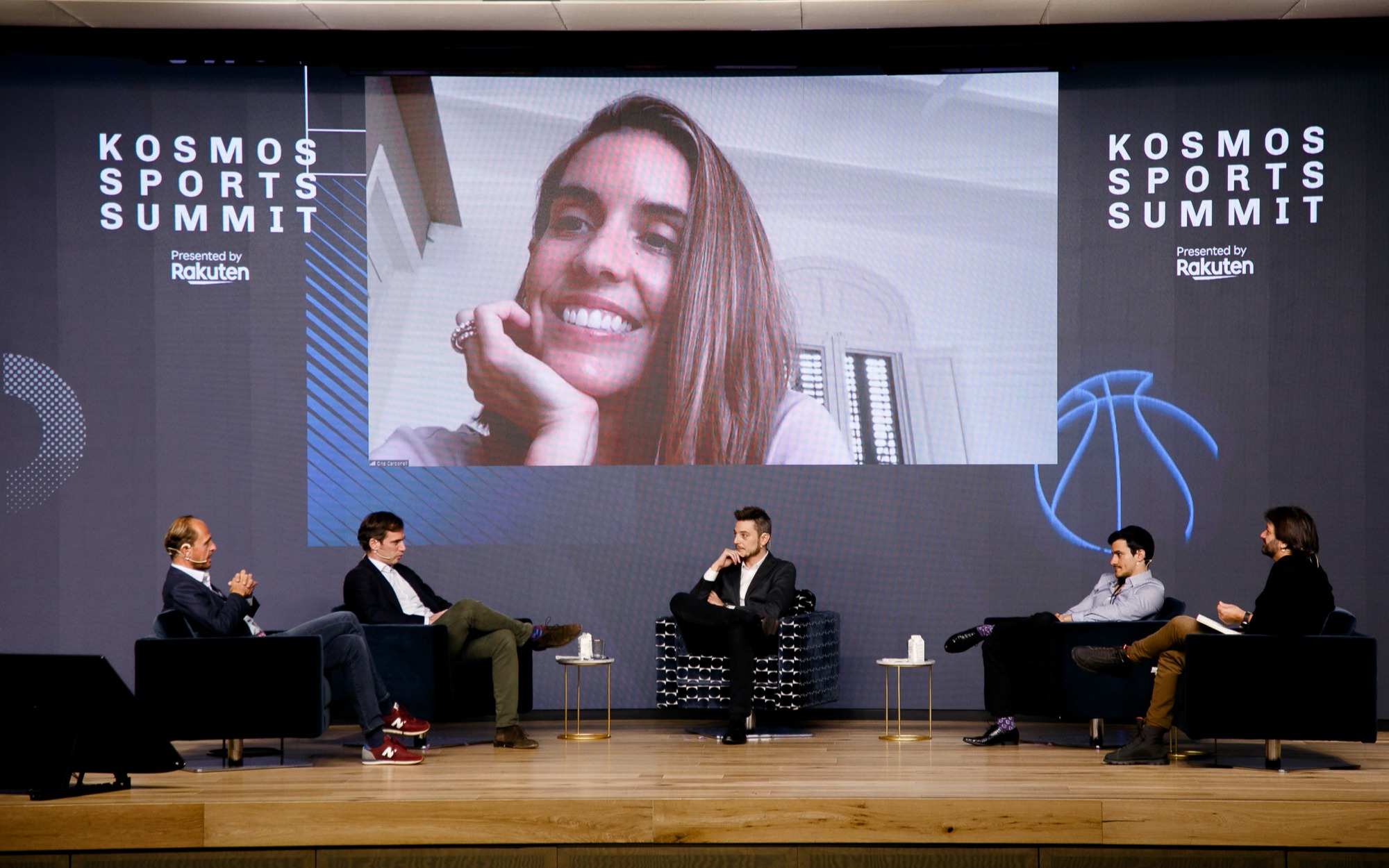 20 experts give their views on the future of sport at the second edition of the Kosmos Sports Summit
Gerard Piqué and Dominic Thiem took part virtually, bringing their views on NFTs and sustainability in sport respectively. Olympic medallist Ona Carbonell also recalled her experiences filming the documentary ‘Empezar de nuevo’, which will be streamed soon on Rakuten TV.

The second edition of the Kosmos Sports Summit brought together 20 renowned personalities from the world of sports at the Beatriz Auditorium in Madrid. Together, they addressed issues such as the potential of cryptocurrencies, new ways of consuming content and the importance of making sports competitions more sustainable.

At the panel on sports events and “city branding” stood the Director General of Tourism, Luis Martin Izquierdo and the Vice-Minister of Sports of the Community of Madrid, Alberto Tome, who both highlighted sport as a tourist attraction in Madrid. They stressed the fact that sport is a positive dynamic force for the economy and is a good medium through which to convey certain values.

The second panel then addressed the importance of sport as a platform for transmitting values related to sustainability and care for the environment. Renowned voices in the sector such as Cyrill Gutsh, CEO of Parley for the Oceans, detailed how to design a future without plastics to ensure the well-being of our oceans.

Tennis player Dominic Thiem said that elite athletes can have, and sporting competitions can be, a great platform to curb climate change:

“Sport is a great showcase that we can use as a tool to educate people about looking after our planet and make a difference.”

The third topic of discussion was on the relationship between cryptocurrencies and sport. Brian O’Hagan, Director of Sorare, explained how the digital sticker platform has become giant in the business world of sport, generating €2 billion in NFT transactions this year.

Footballer and Kosmos president, Gerard Piqué, also gave his views on the future of

“NFTs are a business, but they retain that sentimental part of owning a unique thing,” he told the Summit.

Chus Bueno, Vice President of the NBA in EMEA, also wanted to explain the strong commitment of the North American company to NFTs.

And to close, representatives of some of the biggest audiovisual platforms, such as Twitch, Rakuten, Mediapro and La Liga, discussed the resurgence of sports documentaries.

Ona Carbonell also went on to exclusively discuss her experience starring in ‘Empezar de nuevo’, which will soon be released on Rakuten TV. The documentary that depicts the day to day of her return to high performance sports, following the birth of her son.

“Although the road isn’t easy, being a mother and continuing to compete in elite level sports is possible,” said the Olympic medallist.