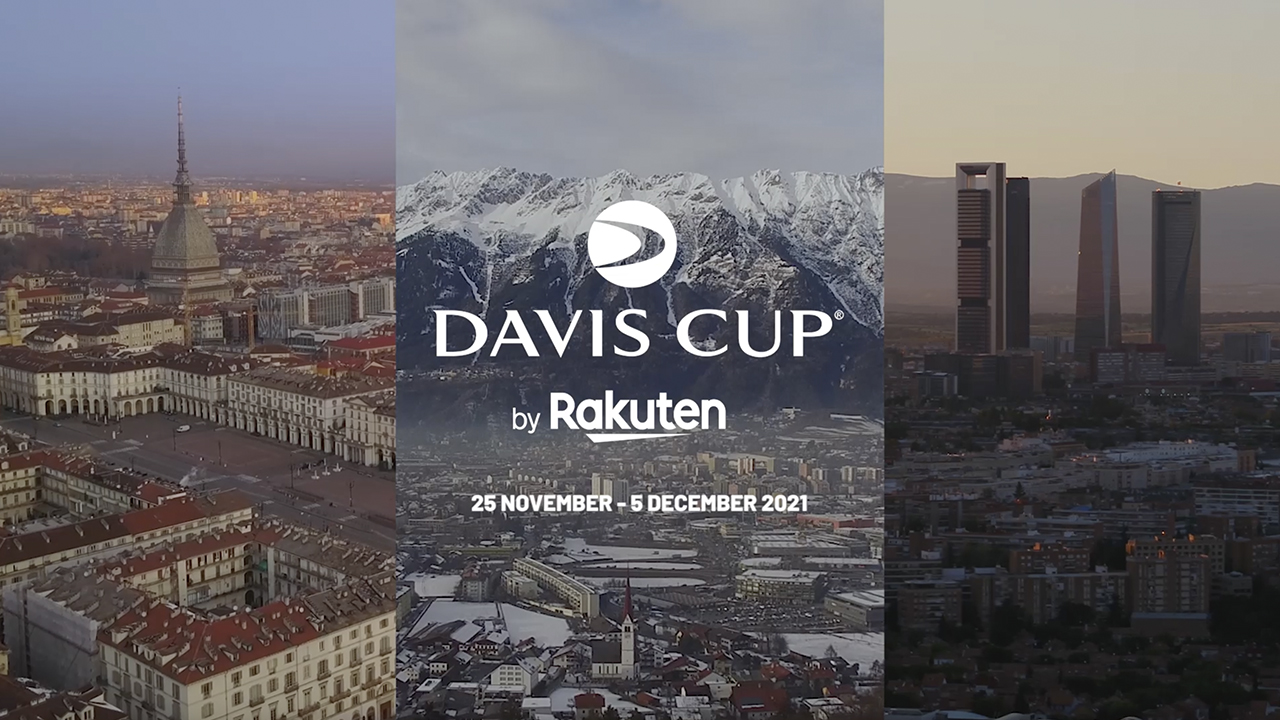 Innsbruck and Turin join Madrid as hosts of the Davis Cup by Rakuten Finals 2021
ITF approves move to a three-city format from 2021. Innsbruck and Turin confirmed as co-hosts following successful bids. Each city will host two of the six groups and one quarter-final. Madrid Arena in the Casa de Campo will also host semi-finals and final

The International Tennis Federation (ITF) and Kosmos Tennis have today announced that the ITF Board has approved proposals to host the Davis Cup by Rakuten Finals 2021 across three cities. The Austrian city of Innsbruck and Italian city of Turin have been selected to host the Finals alongside Madrid after submitting successful bids. Each city will host two of the six groups, with Madrid staging two quarter-finals, and Innsbruck and Turin one quarter-final each. The Spanish capital will also host the semi-finals and final.

Matches in Madrid will be staged at the Madrid Arena in the Casa de Campo, while Innsbruck's Olympia-Halle and the Pala Alpitour Arena in Turin are the other two venues. The Finals will be held from 25 November until 5 December and played on hard court. The three-venue, 11-day format will improve the schedule for players, enhance the experience for fans and bring the competition to a wider audience.

The three venues selected are of similar playing conditions with good transport links and a strong overall infrastructure. Each stadium will host its national team at the group stage.

Albert Costa, director of the Davis Cup Finals said, ''We are very excited to bring the Davis Cup Finals to Innsbruck and Turin. Both cities submitted impressive bids that not only promise a world class experience for players and fans, but also include stringent measures to ensure the health and safety of all in attendance.  It was important to find two European cities that were well connected to Madrid, with similar playing conditions,  to provide a smooth transition for players travelling from other venues. With confirmation of the three venues, we are already working hard to offer the best possible event in 2021. We are also liaising closely with the Region of Madrid and the City Council as thanks to their support, Madrid remains as the main venue for this year.”

ITF Senior Executive Director, Professional Tennis, Kris Dent said, “The proposals announced in January were aimed at providing a better schedule for players while bringing the competition to new audiences and improving the experience for fans.  Following a thorough bid process, we are delighted to be able to confirm Innsbruck and Turin as co-hosts alongside Madrid. We are confident that, together, they will deliver an outstanding world championship event for players and fans alike.”