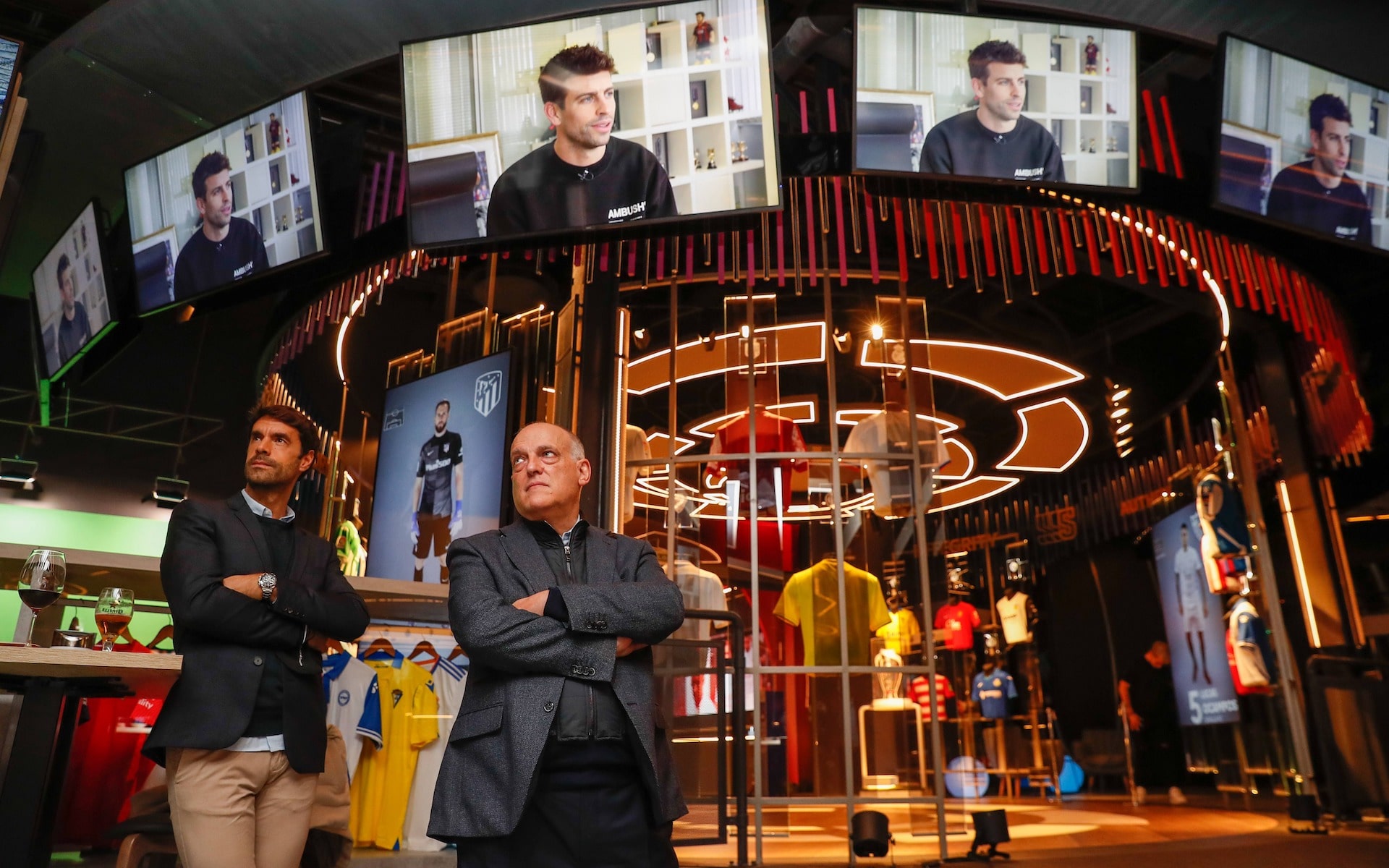 Kosmos, PortAventura World, and LaLiga have, today, presented two projects to revolutionise the world of entertainment as we know it.

This project will see the birth of LaLiga TwentyNine’s, the world’s first LaLiga-themed restaurant; and ‘The Beat Challenge’, a football-based videogame developed using Augmented Reality (AR) technology. Users will be able to immerse themselves in the challenges posed both in PortAventura World and at home or elsewhere, combining physical reality with the virtual world.

Both projects will link the world of sport and football with the world of entertainment in a way that’s never been seen before.

The agreement between Kosmos, PortAventura World and LaLiga was born in September 2020, bridging the gap between the world of sports entertainment and theme parks and leisure destinations.

The release of both the restaurant and the video game will culminate the first of three phases of the project channelled by ‘LaLiga Entertainment’, a brand that consists of the three companies.

David García, General Business Director of PortAventura World, highlighted the opportunity for strategic growth and business diversification that these projects represent for the resort.

“The opening of the one-of-a-kind restaurant and the development of the video game will allow us to connect with new audiences and, thanks to digitalisation and new technologies, to go beyond our physical borders. We will be able to reach more people, making it possible to enjoy PortAventura World from anywhere in the world.

“PortAventura World focuses its efforts on developing new entertainment formulas to offer its millions of customers, to constantly improve their experience,” continued García. In this question for entertainment innovation, LaLiga is a fundamental partner, as a true world reference in sport. This alliance will make it possible to enjoy the PortAventura World experience even more, offering users digital access to the park and advantages during their visit to the resort.”

“These two projects are a magnificent starting point for strategic agreement with PortAventura World,” says executive general manager of LaLiga, Javier Tebas. “With TwentyNine’s, LaLiga will become a pioneer by creating the world’s first LaLiga-themed restaurant, a unique sports bar concept that will surely serve as an inspiration for other institutions and take the sports, entertainment and leisure sector to another level.

“Furthermore, with ‘The Beat Challenge’, LaLiga is making progress in its desire to reach a different audience, by committing to new technologies and innovation. For LaLiga, it is essential to have PortAventura World as a strategic partner, as it is one of the biggest holiday destinations in Europe and is a guarantee of success.”

Gerard Piqué, Kosmos President, has highlighted the importance of partnering with these two important companies that are benchmarks in their field: “Kosmos was born with the aim of developing ground-breaking and innovative projects in the world of sport and entertainment to reach all types of audiences.

“TwentyNine’s and ‘The Beat Challenge’ share the same objective and will reach it by intertwining the physical with the virtual experience. It is important for us to be part of this project together with LaLiga and PortAventura, two strategic partners for Kosmos.”

Hybrid entertainment that transcends physical boundaries, LaLiga TwentyNine’s is the world’s first fully LaLiga-themed lounge, with a surface area of 1,000 m2 and capacity of more than 400 people; all of which is inspired by the year in which the football association was founded, in 1929. It offers visitors quality gastronomy, combined with the enjoyment of live sports competitions, as well as a grandstand and an eSports area. On top of this, ‘The Beat Challenge’ video game is a revolutionary and pioneering concept that will turn the classic sports bar concept on its head. The restaurant will also be the first in the resort to be LEED (Leadership in Energy & Environmental Design) certified, the most widespread international recognition of sustainable buildings.

The video game, ‘The Beat Challenge’ is designed to offer entertainment beyond your visit to PortAventura World. It will be available on Google Play and the App Store for Apple users. The app offers users the opportunity to personalise their experience and enjoy virtual spaces, with features such as the creation of their own avatar, as well as developing different challenges and football skills.

The player’s experience begins at home, as they can download it onto their mobile device to start enjoying it before their visit to the theme park, where they can unlock certain experiences and key moments of the game only available at PortAventura.

New technologies were fundamental to the development and execution of the game, combining physical reality with technological potential through AR tools that will allow each player to challenge LaLiga legends face to face.