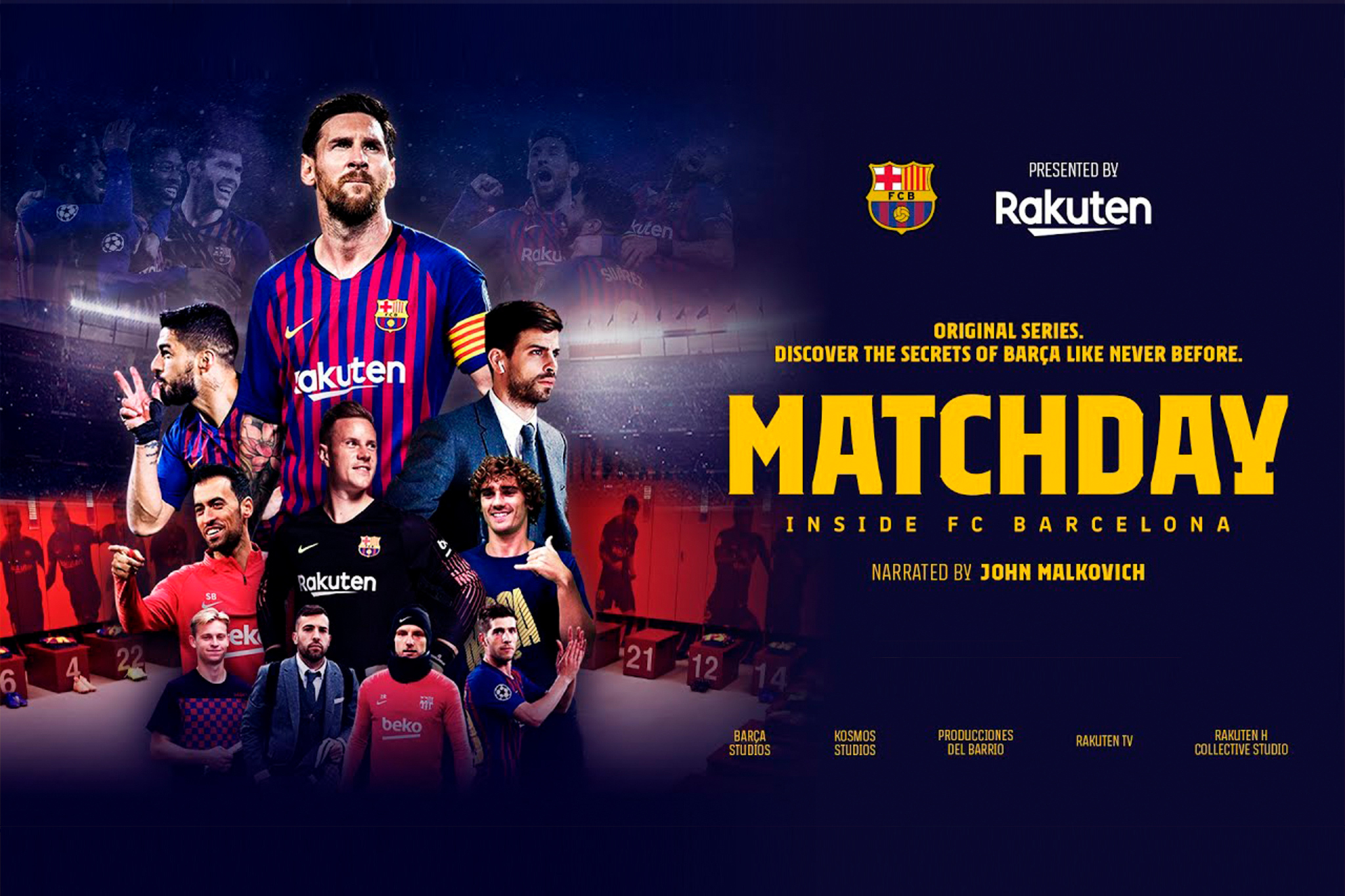 Matchday: Inside FC Barcelona
Kosmos presents a new series about FC Barcelona first team, offering previously unseen and exclusive content from the players’ everyday lives, as well as private moments behind their successes and challenges

Kosmos Studios co-produced 'Matchday: Inside FC Barcelona' with FC Barcelona, Rakuten and Producciones el Barrio. It is a documentary series in which viewers get to enjoy exclusive never-seen-before footage of the FC Barcelona squad. For the first time, TV cameras were allowed to film the everyday lives of players such as Leo Messi, Gerard Piqué, Marc-André ter Stegen and Luis Suárez, offering a more intimate portrait of them both during competition and in their personal lives.

The series consists of eight 45-minute episodes based around eight key games that the team played in the 2018/2019 season. The series is narrated by actor John Malkovich and each instalment allows viewers to experience ‘from the inside’ how players faced those important matches, from their arrival to the dressing room to their stepping out onto the pitch.

Among the key events of the past season covered throughout the different episodes is El Clásico, the subject of two episodes showing how players prepare for the match, how they handle the pressure of this important event and their experience of the 90 minutes on the field of play. Specifically, the series covers the game at the Camp Nou won 5-1 by Barça, as well as the Copa del Rey match at the Santiago Bernabéu that ended 0-3. However, the other side of the game is reflected in another episode, showing the disappointment after the Champions League game against Liverpool at Anfield and Barça's elimination from the competition.

In addition to football, the new series also portrays insights into players’ daily lives off the pitch, such as a barbecue at Luis Suárez's house with Leo Messi and Jordi Alba; Piqué enjoying free time with his family; Ter Stegen designing his new house, or Ivan Rakitic cooking.