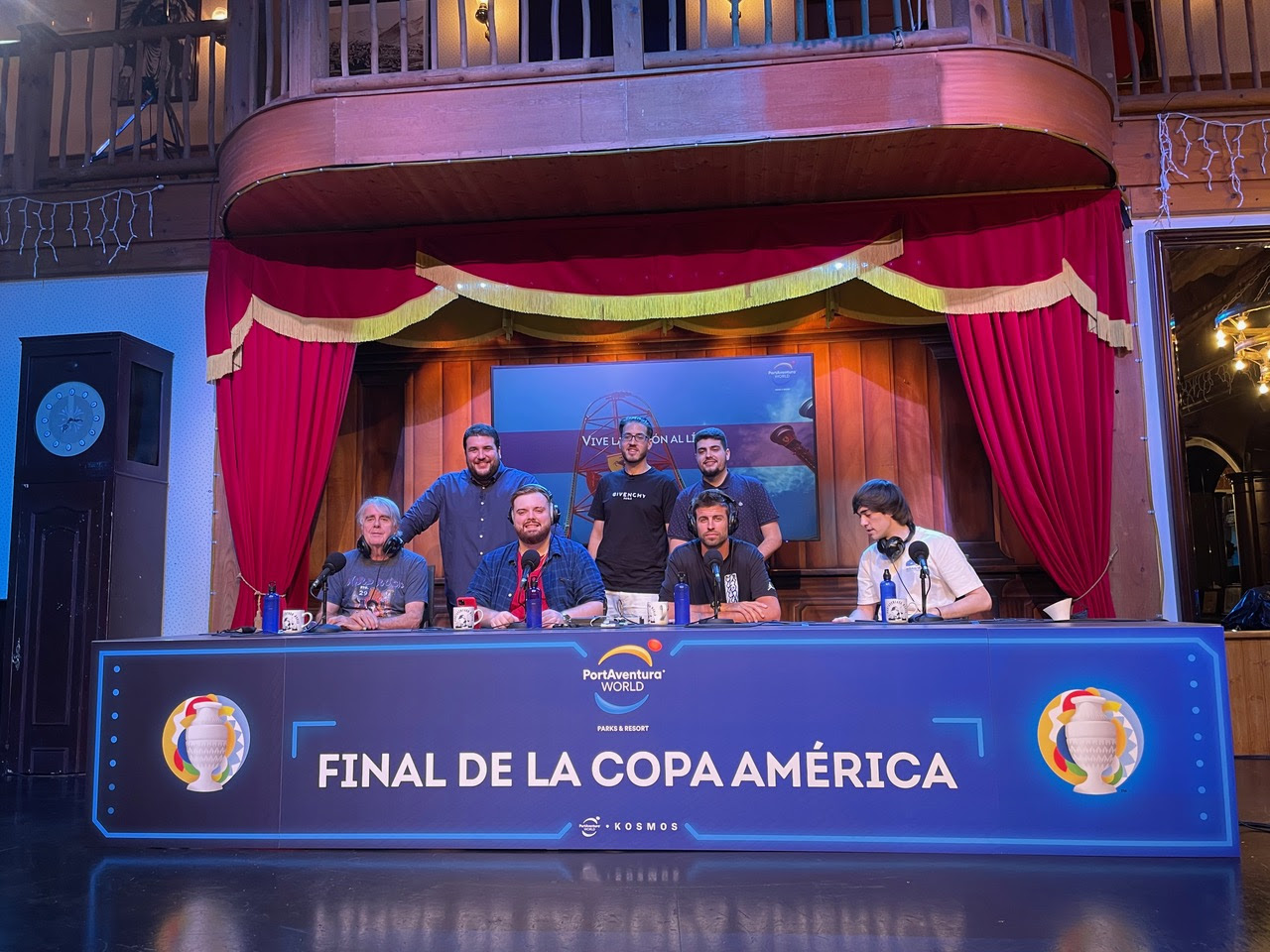 More than 640,000 spectators watched golden minute of Copa América final with Ibai Llanos
PortAventura World hosted coverage of the final between Argentina and Brazil, which had an average streaming audience of 510,000 viewers. Thanks to his partnership agreement with Kosmos, Ibai offered free-to-air connection in Spain for 21 Copa América matches on his Twitch channel.

Kosmos, a company chaired by the footballer Gerard Piqué, together with the popular streamer Ibai Llanos, this morning successfully brought to a close the broadcast of the Copa América on Twitch.

The final between Argentina and Brazil had more than 510,000 viewers on the Basque's channel. The most watched minute was at 3:52 am, as 642,897 people watched Argentina win the Copa América after 28 years, beating Brazil with a goal by Di María.

The final was broadcast from the Far West Saloon at PortAventura World. Ibai Llanos was accompanied by some of his regular partners and, to the surprise of his followers, also by Gerard Piqué and the Brazilian Rolando Nazário, who connected live. The match was also widely followed on Twitter, with #CopaAmérica, #Messi, #Ibai and #Piqué trending.

This marked the end of three weeks in which Kosmos and Ibai Llanos successfully orchestrated an unprecedented broadcasting initiative. In total, 21 matches were shown. As well as the final, highlights included the penalty shoot-out in the quarter-final between Uruguay and Colombia, which was followed by more than 135,000 simultaneous viewers.

The semi-final between Argentina and Colombia on Tuesday 6 July became the most watched stream in the whole of Spain - counting all content offered on Youtube, Twitch and Facebook. An average audience of more than 80,000 viewers watched the broadcast, with a golden minute of 110,000 viewers at 5.10am. Similar figures were recorded for the semi-final between Brazil and Peru, which was the second most watched content on Monday 5, surpassed only by an interview with musician Ed Sheeran, also offered by Llanos.

Audiences for the quarter-finals were also particularly remarkable, with around 175,000 followers between them. In addition, the first match broadcast by Ibai, the group stage encounter between Leo Messi's Argentina and Luís Suárez's Uruguay, had an average audience of 71,000 viewers, with a peak of 102,000 in the golden minute of the match.

The partnership with Kosmos, which was announced by Ibai on his own channel on June 18th, brought together an average online audience of more than 50,000 people.

The collaboration also presented other features, including on the day of the semi-finals. Both games were broadcast from the Joventut de Badalona pavilion and were preceded by an on-court contest in which Ibai and his team of collaborators challenged the Joventut players, Ferrán Bassas and Albert Ventura, to see who could make the most three-pointers and baskets from half-court.

With this initiative, Ibai Llanos and Kosmos are reinforcing the digital approach as a new way of consuming the most traditional sport, offering fans entertainment options adapted to the new media environment.