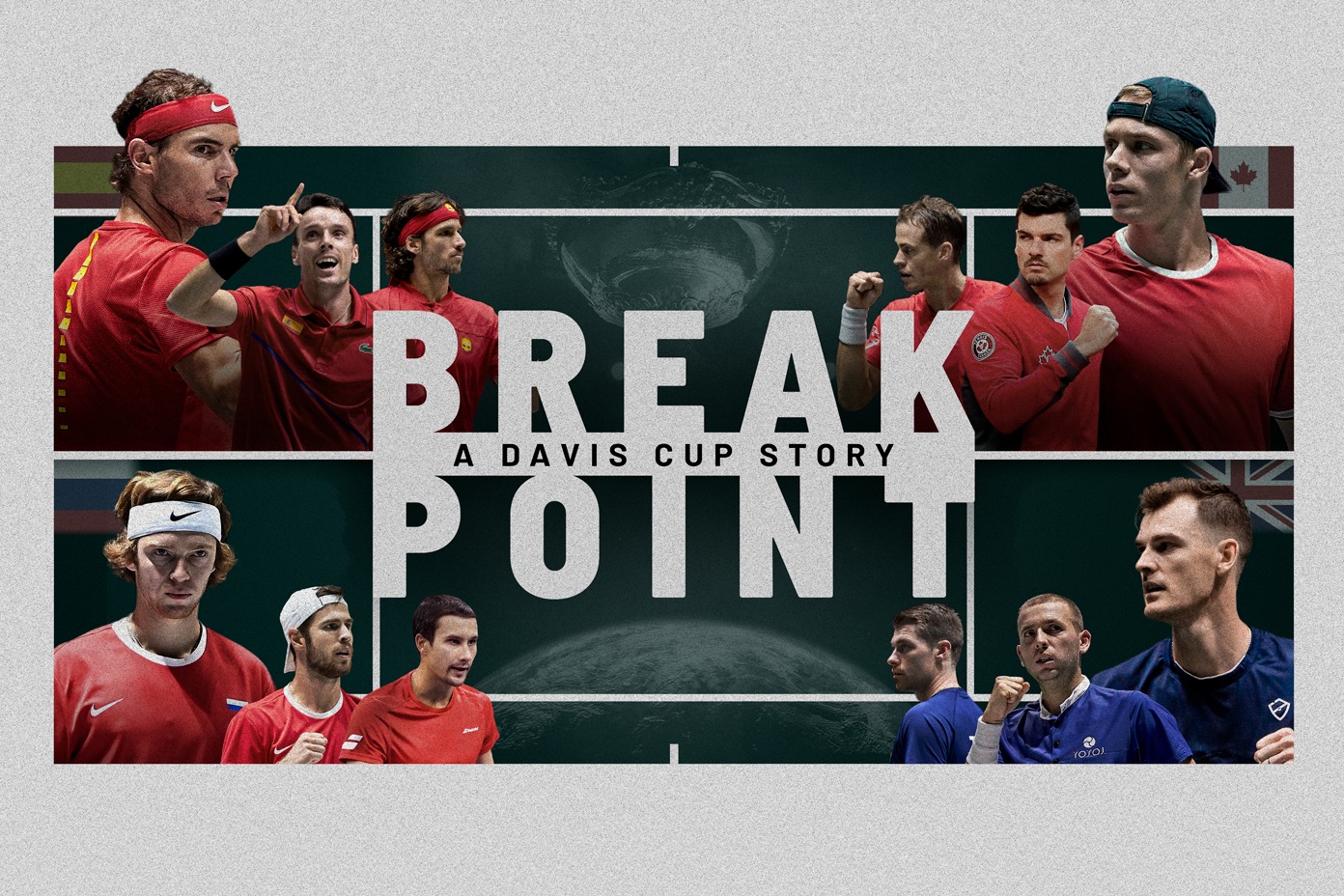 Rakuten TV presents Break Point: A Davis Cup Story, the documentary about the oldest and largest international team competition in tennis. The documentary, a Kosmos Studios production, reviews the final phase of last year’s tournament, held in Madrid in 2019, which presented a completely remodelled format, with 18 teams competing in just one week, with Spain crowned champions for the sixth time.

Break Point: A Davis Cup Story focuses on the stories of the competition’s two finalists : Spain and Canada. Spains’s seniority, with Nadal as number 1 and four Davis Cup titles in his record, versus the youth of the Canadian team, led by the 20-year-old Denis Shapovalov, who had the opportunity to win the first Davis Cup for his country.

For both teams, the 2019 Davis Cup was full of emotion, with the losses of some of their main players due to injury or even withdrawn during the competition. The documentary also tells, in an emotional way, Roberto Bautista’s personal story, who after temporarily leaving the competition due to the death of his father, returned to support his team, played the final and won the title for Spain.

The documentary, available for free and exclusively on Rakuten TV from 26th November, shows the motivations, challenges and obstacles of the participant teams and features the amazing testimonies of the main protagonists of the tournament. In addition to exclusive interviews with Nadal, Bautista, Felix Auger-Aliassime and Feliciano López , semifinalists Karen Khachanov, Andrey Rublev and Jamie Murray, the Spanish captain, Sergi Bruguera, and the Canadian captain, Frank Dancevic also offer their perspective. ,

Rakuten TV, which is celebrating its 10th anniversary this year, will premiere Break Point: A Davis Cup Story in its FREE section of the platform, making it available for free across Europe. With this new launch, the platform continues to expand its catalogue of exclusive, original and free content, along with other successful Rakuten Stories documentaries, such as Matchday: Inside FC Barcelona, MessiCirque, the documentary about Sadio Mané, Made in Senegal, Andrés Iniesta - The unexpected hero, The Secrets of La Roja - World Champions, or Ride your Dream, which tells Ana Carrasco’s inspiring story, the first woman to win a motorcycling world championship.

Break Point: A Davis Cup Story is Kosmos Studios’ latest production. The production company, is part of Kosmos Holding, founded by FC Barcelona player Gerard Piqué in 2017,. In 2019, Rakuten Inc. and the production company jointly presented Matchday: Inside FC Barcelona, the documentary series created by Barça Studios in association with Rakuten H Collective Studio and Producciones del Barrio, that showed the secrets of Barça during the 2018-2019 season .