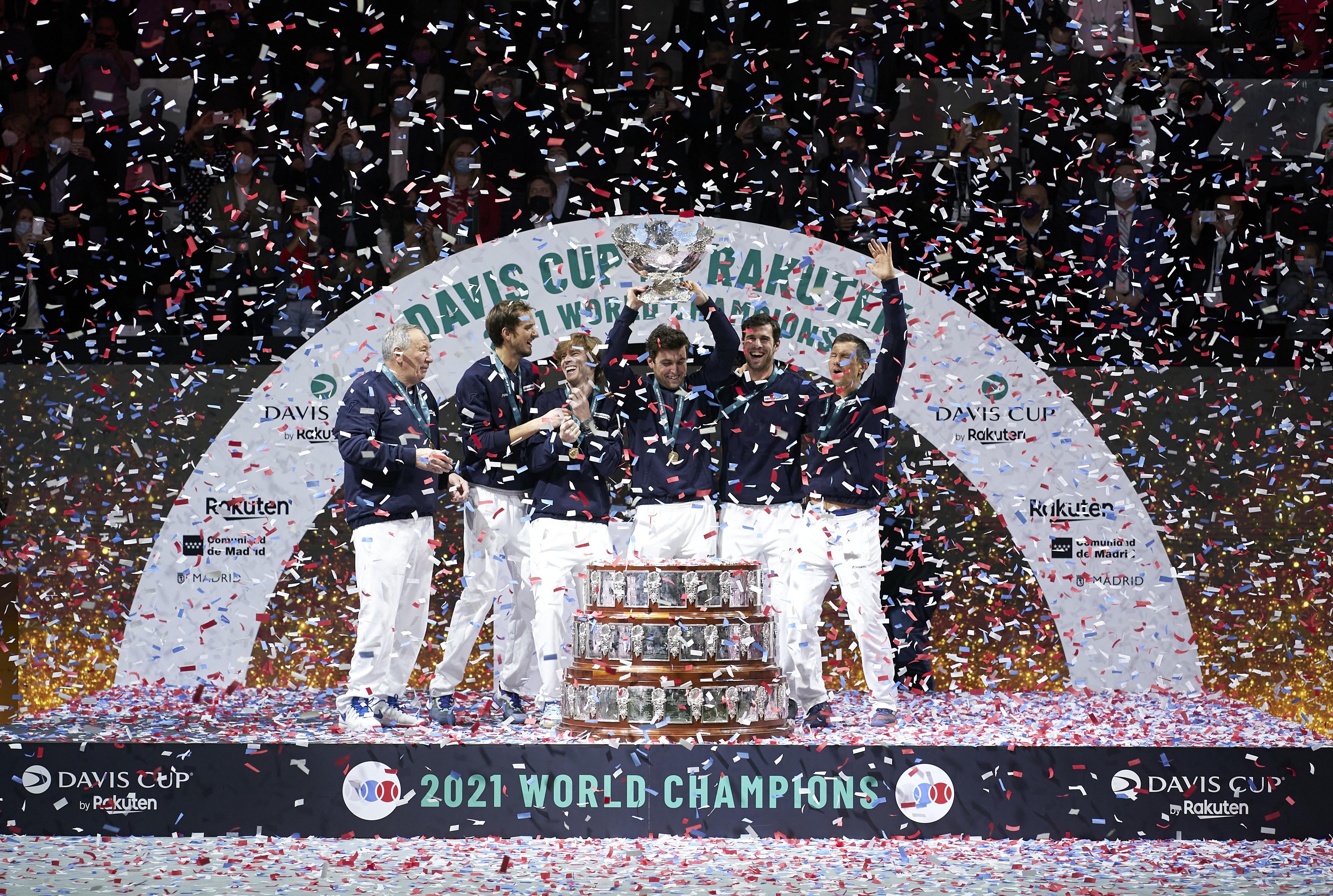 Kosmos Tennis, the company that runs the Davis Cup Finals, successfully concluded the second edition of the competition, proclaiming the Russian Tennis Federation as champions for 2021.

The event was particularly special following the cancellation of the 2020 Finals due to the Covid-19 global pandemic.

New for 2021 was the addition of two more host cities, with the Group Stage being played in Madrid, Innsbruck and Turin, and the Spanish capital hosting the later stages, including the final where the eventual champions came up against Croatia. The International Tennis Federation and Kosmos Tennis have confirmed details of the Davis Cup by Rakuten Finals 2022. Following the success of this year’s multi-city format, the 2022 edition of the Davis Cup Finals will feature a Group Stage of 16 nations competing in four groups across four cities. The top eight teams from the Group Stage will advance to the Knockout Stage in a neutral fifth host city.

Four nations have already qualified for the Davis Cup by Rakuten Finals 2022: this year’s finalists, Croatia and Russian Tennis Federation, as well as two wild cards – Great Britain and Serbia. Joining those four at the Finals will be the 12 winning nations from the 2022 Qualifiers. The draw for the Qualifiers was made ahead of the 2021 final in Madrid, and the ties will take place on a home-and-away basis on 4–5 March 2022.