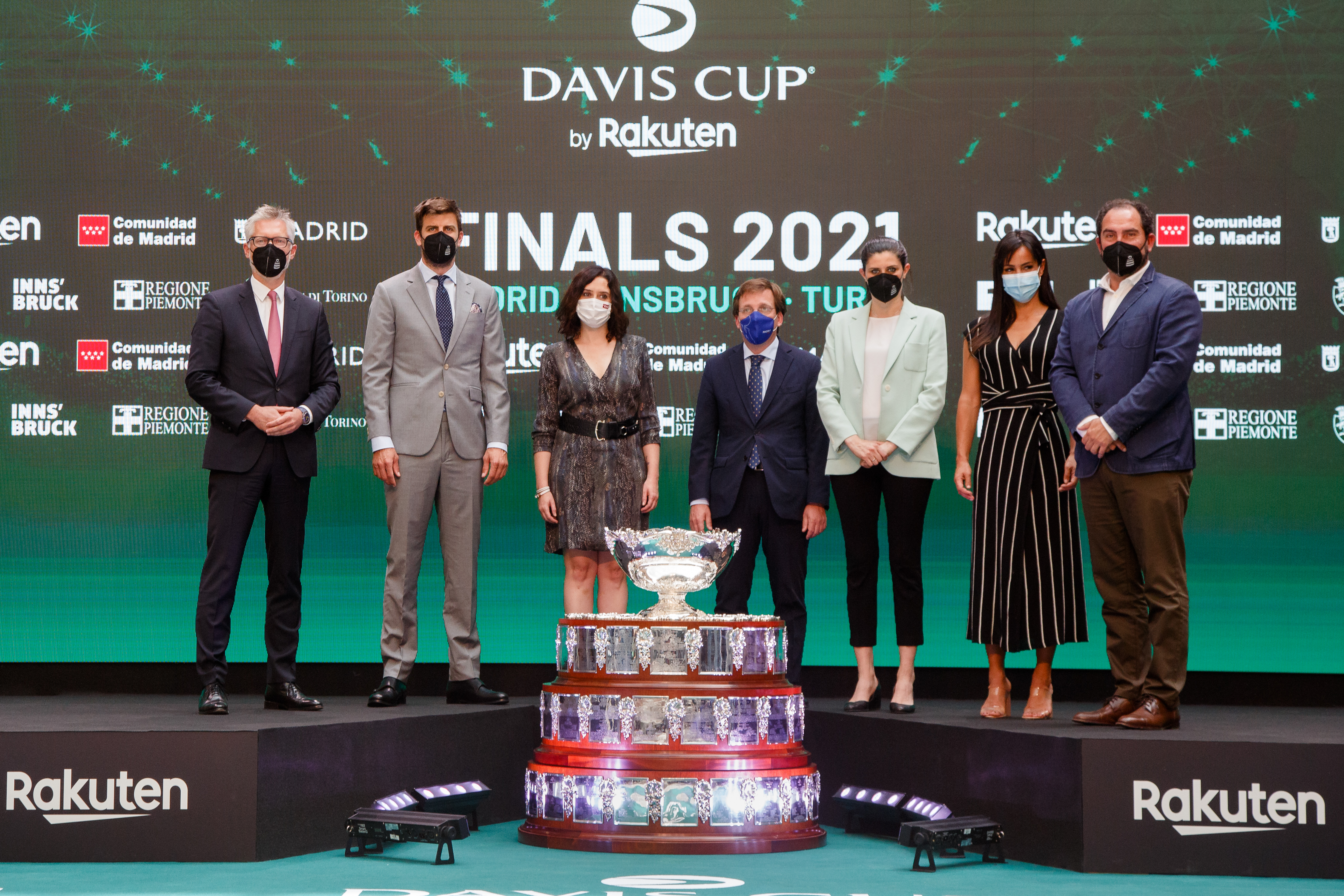 Tickets go on sale. Official presentation
The competition is currently anticipating 50% capacity, with the hope that this will increase if current pandemic measures allow. Ticket sales officially launched at presentation in Madrid on Thursday.

Tickets for the Davis Cup by Rakuten Finals 2021 can be purchased for all venues and sessions from today at 3pm CEST. At a presentation in Madrid this morning, event organisers unveiled the online ticketing options that are available via the official website www.daviscupfinals.com and expect to repeat the success of the 2019 edition, the first under the new competition format.

Kosmos President, Gerard Piqué, said "Following postponement in 2020, we are looking forward to this new edition of the competition. The announcement of ticket sales is a significant moment. The public has a key role to play in a competition like the Davis Cup and, pandemic situation permitting, we expect to attract fans from all over the world. All three venues will start with a 50% capacity and we are confident that if the vaccination rate is maintained and the pandemic is under control, we can increase that percentage at the Madrid Arena. The same applies to Innsbruck and Turin, where our partners are in contact with the authorities in each country to apply the relevant measures"

He was joined by representatives from the three venues, Madrid, Innsbruck and Turin: Isabel Díaz Ayuso, head of Comunidad de Madrid's regional government; Jose Luis Martinez-Almeida, Mayor of Madrid; Chiara Appendino, Mayor of Turin; and Christian Ebner, Austrian Ambassador to Spain as well as Rene Stammbach, ITF Vice President.Isabel Díaz Ayuso, head of Comunidad de Madrid's regional government said: "The fact that Madrid is hosting the Davis Cup finals is a source of great pride, another step towards total normality, bearing in mind that last year we were regrettably unable to celebrate it. Madrid is becoming a centre for the most important international events today, something that for us is an opportunity and lays the foundations for a promising future".ITF President, David Haggerty said “The fans are what make the Davis Cup such a unique competition and we can’t wait to see and hear the fans back at the Davis Cup Finals this year showing their support for all 18 nations.”

The multi-site format, introduced for the first time this year, will mean that each city will host two competition groups during the group stage and at least one quarter-final, with Madrid hosting two quarter-finals. The Spanish capital will also stage the two semi-finals and the final.

Each venue has its own ticketing plan tailored to the local audience and the competition stages it is hosting. In addition, organisers are running an initial 72h promotion offering a 20% discount on tickets for Madrid and Turin, and the option of discounted packages for Innsbruck.

In Madrid, for individual ties (three matches between two nations), prices range from €25 to €80 for the group stage; €40 to €95 for the quarter-finals; €50 to €120 for the semi-finals; and €60 to €150 for the final. In addition, packages can be purchased offering great value, while Premium Tickets are also available including access to The 1900 Club's hospitality services.

In Innsbruck, prices range from €55 to €120 for group stage ties and €65 to €120 for the quarter-finals. Packages and Premium Tickets are also available.